What is a Shadowhunter? 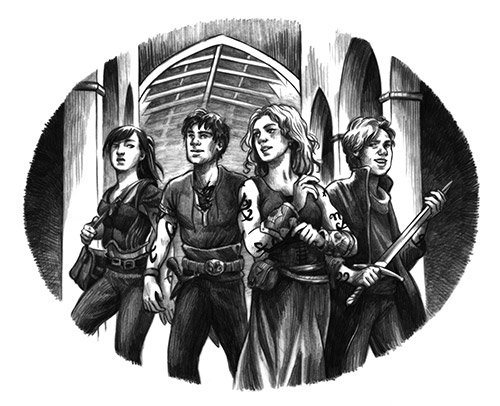 Shadowhunters (also known as Nephilim) are the appointed warriors on Earth of the Angel Raziel. They are appointed specifically to control and preside over the demons and supernatural creatures that reside in our world. A thousand years ago Raziel bestowed the tools to accomplish this task. These tools are:

Accords: A treaty that ordains how Shadowhunters and Downworlders may interact, as well as each group’s rights, responsibilities, and restrictions.

Clave: The collective name for the political body made up of all active Nephilim. All Shadowhunters that recognize the authority of Idris make up the Clave. When Shadowhunters reach adulthood at age eighteen, they declare their allegiance and become full Clave members.

Conclave/Enclave: Smaller, more regional groups of Shadowhunters (ex: a specific country or sometimes a particularly large city) that coordinate their own local decision making and organizational structures as they see fit, although the Clave as a whole is responsible for placing Shadowhunters in charge of specific Institutes, and the Clave may intercede in cases where a Conclave/Enclave is organized in some way that is against the spirit of the Nephilim as a whole.

Consul: The highest appointed official in the Clave—the equivalent of a prime minister, rather than a king or president. They wield little executive power but rather serve to preside over the Council, to officially tally its votes, and to help interpret the Law.

Council: The governing body of the Clave, which deals with matters of immediate importance that are not large enough for the entire Clave to become involved in. Local Enclaves/Conclaves choose representatives to sit on the Council.

Covenant: Another name for Nephilim Law. It provides the rules of conduct for Shadowhunters and Downworlders; it is by the right of Covenant that the Nephilim enforce their Law in Downworld. The Covenant protects the rights of Shadowhunters to enforce civilized relations among the Clave, Downworld, and the mundane world, and also protects the rights of Downworlders. It is the Covenant that guarantees that the Shadow World remains shadowed from the mundane world. The Covenant long precedes the Accords.

Idris: Shadowhunters’ secret country, hidden in Central Europe. It’s capital, and only city, is Alicante, and is where the Council resides, and where Clave meetings are held.

Iron Sisters: The Sisters design and forge weapons for the Nephilim; they are the keepers of adamas, the holy metal given by Raziel to use. They reside in the Adamant Citadel, which is even more hidden than the Silent City.

Marks: The most common tools of the Shadowhunter, and the source of their ability to fight the demonic Incursion at all, are the Marks of Raziel, a complex runic language given by the Angel to grant powers beyond mundanes. Some Marks are applied to the bodies of Shadowhunters, and some are applied to physical objects. (See Runes Page)

Parabatai: Parabatai are Shadowhunters who have taken an oath in front of the Council to fight together as lifelong partners. A Shadowhunter may choose only one parabatai in their lifetime and cannot perform the ritual more than once. Like the marriage bond, the parabatai bond is broken only by the death of one of the members of the partnership.

Silent Brothers: The Brothers serve as the keepers of lore and knowledge. They are the librarians, researchers, and medics for the Nephilim. They reside in the Silent City, a place deep underground.

Stele (‘steh-lay): The device (and fundamental tool) used to inscribe Marks. Stele are wandlike instruments made of pure adamas. They are inert when not in use but when taken up, glow and warm with the magic of the Marks. 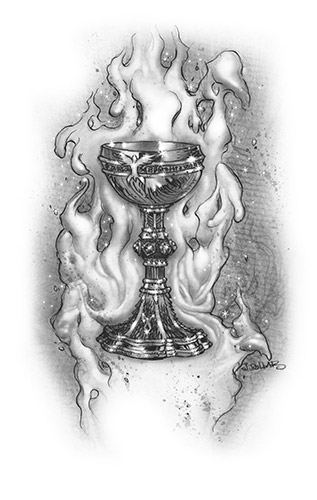 The Cup: The Mortal Cup is the means by which Nephilim are created. The Cup is imbued with angelic power, and drinking hot liquid from it transforms a mundane into a Nephilim. 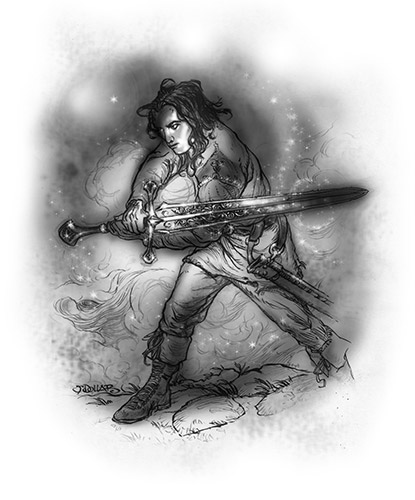 The Sword: The Mortal Sword resides in the Silent City and is typically wielded by Silent Brothers. Its primary use is to compel Nephilim to tell only truth. 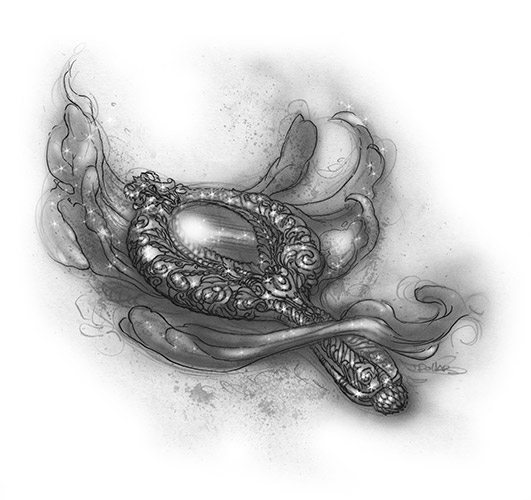 The Mirror: The Mirror is the great mystery of the legend of Jonathan Shadowhunter. While it is clearly the third of the Mortal Instruments given by Raziel, no specifics are given about the Mirror—where it resides, what it looks like, or even its intended function. There have been many searches for the Mirror, though none of them have been successful. 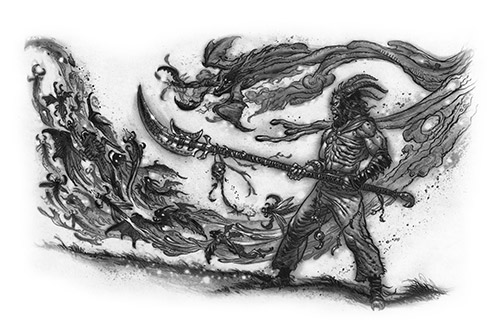 Demons are not living beings in the sense that we usually understand. They are alien to our universe and are not sustained by the same kind of forces that sustain us. Demons do not have souls; instead, they are powered by a roiling demon energy, a vitalizing spark that maintains their form in our dimension. When demons die, this energy is separated from their physical body as that body is yanked quickly back into its home dimension.

Demons always take on monstrous forms in our world, and can usually be discerned by the uncanny, nauseating feeling that billows around them like a dark aura.

Who are the Downworlders?

Once demons began to trespass into the lives of humans, the waters of good and evil became muddied, and the muddied waters of humanity became Downworlders. Some Downworlders—warlocks and the fey—predate the Nephilim by untold years. But the youngest Downworlders, werewolves and vampires, are a relatively recent phenomenon. 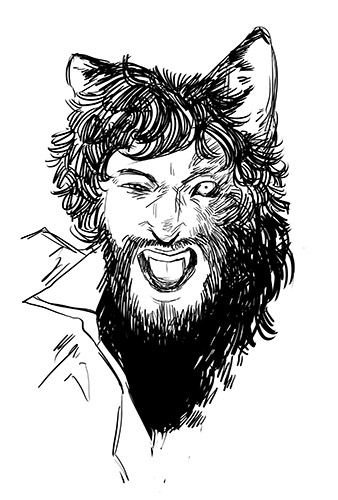 Werewolves: Lycanthropy transforms a human into a werewolf, a demi-human whose demonic infection causes them to transform into a large and dangerous wolf under the light of the full moon. Werewolves in their lupine form are not merely wolves. They possess unnatural strength and speed, and their claws and fangs are able to slash through a chain-line fence or bite through a padlock. At its worst, a man lives what appears to be a normal mundane existence, only to become a vicious uncontrolled murdering beast roughly three nights each month, retaining no memory of his own evil acts. 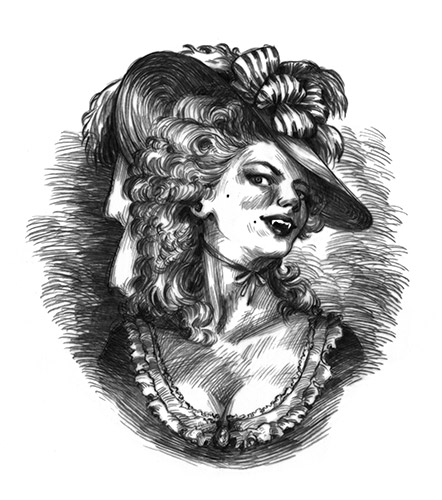 Vampires: Vampires are victims of another demonic infection, which turns them into drinkers of blood. They possess retractable razor-like fangs that are deployed when their bloodlust is roused. The act of drinking blood brings a rush of energy and vitality to the vampire.

Unlike werewolves, vampires are considered to be “undead”; that is, their bodies are no longer alive in the sense that ours are. Their human souls reside in animated corpses.

Faeries: Fairies are the least understood of all magical people. They are people—they have souls. They are found in countless varieties, sizes, and types, and in all environments. The magic of the fey is unique in the world. It is very powerful but neither demonically nor seraphically allied, and it cannot be learned or wielded by any creature other than the fey themselves. 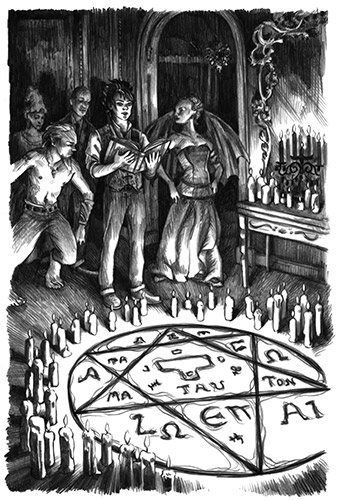 Warlocks: Warlocks are the offspring of demons and mundanes. All warlocks possess a “warlock mark” on their body that identifies them as not merely human. Warlocks possess the ability to perform magic – it is their magic that makes them the most powerful of Downworlders and the most closely tied to Shadowhunters, though, unlike Nephilim, warlocks inherently posses magic.